This story appeared in a local Brisbane newspaper and refers to the fact that a lot of drains in and around Brisbane could be out of date and will defiantly require an over haul within the next decade to cope with South East Queensland’s increasing population.

Once voted worlds most livable city, Brisbane could see a repeat of the flash flooding that been occurring on a more frequent basis in the past decade. 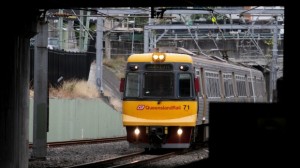 Queensland Rail announced on Tuesday it had launched an independent investigation into why flooding has begun to occur at these inner-city train stations.

On Tuesday QR wrote to Brisbane City Council asking for help with the inquiry.

More on this at Brisbane Times.

In another story of a similar nature we see a local Brisbane resident complaining that the drains in her suburb are also inadequate and will need an extensive upgrade in order to cope with the demand the increasingly wet weather seems to be bringing. 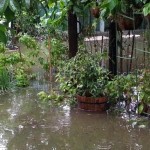 A NUNDAH resident is urging Brisbane City Council to reduce flood risks in her street after her backyard went under water during last week’s heavy rainfall for the second time in as many months.

Kathy Ran believes unit developments in and around Nellie St over the past decade have had an adverse effect on water flows and her home has borne the brunt. Courier mail

It would appear that the river city Brisbane may well become the Venice of Australia is the drainage systems in Brisbane cannot already cope with the effect of climate change? Should the Intergenerational report have mentioned that some cities in Australia could be submerged in the future?